Education and advocacy related to the Equal Rights Amendment.

Join Us  ERA in the News

WE'RE SO CLOSE – LET’S PUT WOMEN
IN THE CONSTITUTION

It takes 3/4 of U.S. states to ratify an amendment to the U.S. Constitution. In January 2020, Virginia became the 38th and final state needed to make the ERA the law of the land.

Challenges came immediately. The current administration advised the Archivist of the U.S. to hold up the process because of a deadline Congress had imposed in the 1980s. But our lawyers insist that what Congress can put-eth in an amendment, Congress can taketh away – hence our current fight to “remove the deadline.” The U.S. House has done so. Now we’re working to persuade the Senate to do the same. Forty-eight senators support Senate Joint Resolution 6 – a joint resolution removing the deadline for the ratification of the ERA. We need more.

While we work to persuade the Senate to drop the deadline, we’re also urging our own North Carolina legislature to finally ratify the ERA. We got a big boost from LWVUS when they awarded $5,000 grants to several unratified state Leagues for communications, including LWVNC.

Our ERA-LAT campaign features proud, caring dads talking about their daughters’ need for equal protection under the law. Postcards were mailed to 5,000 NC voters and are being used on social media. 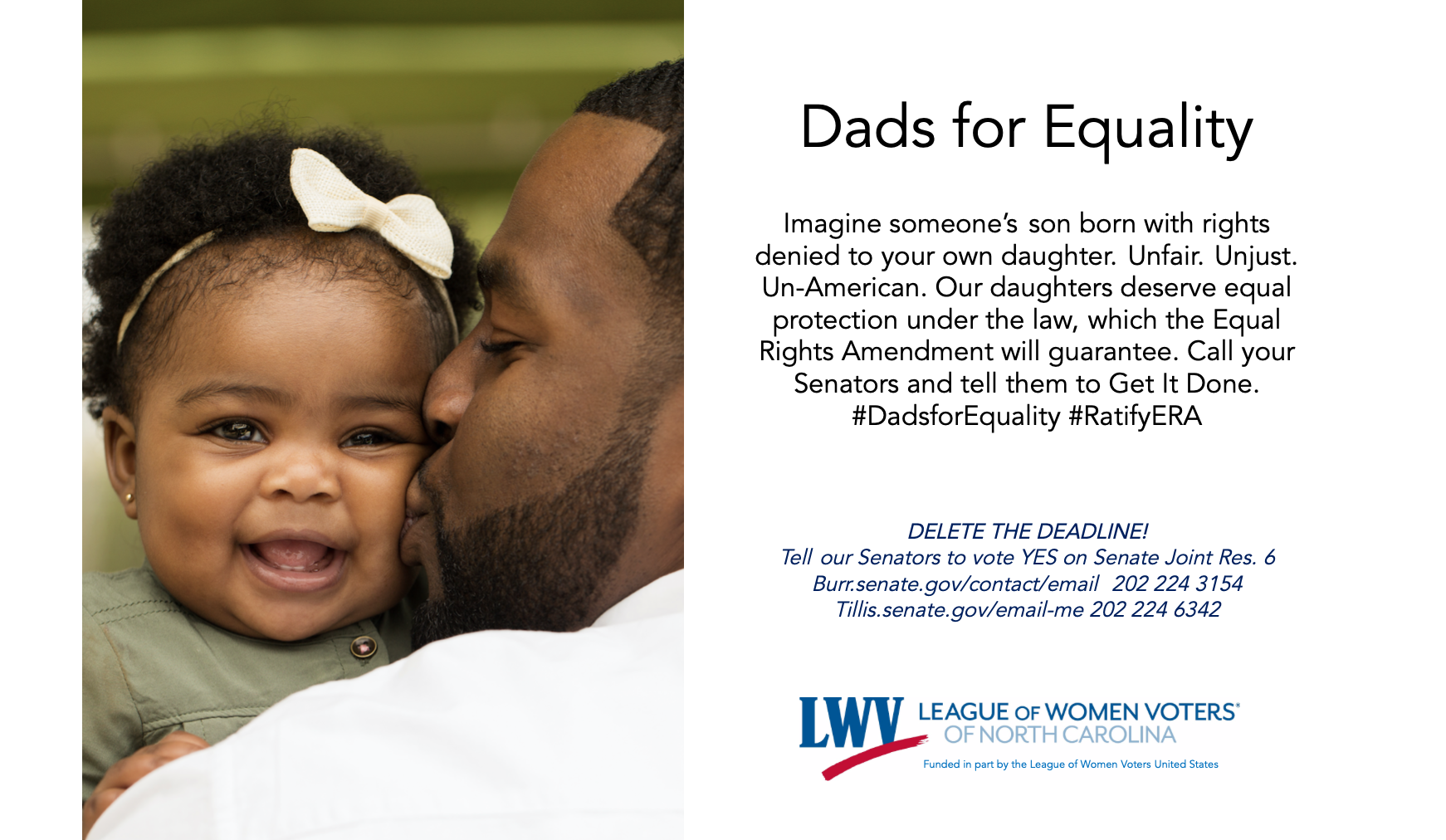 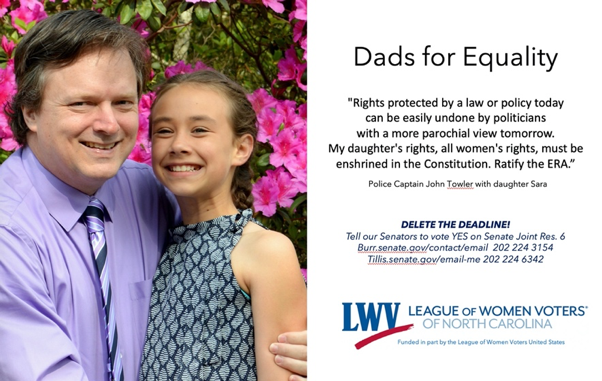 LWV of Charlotte-Mecklenburg pitched in with a great idea, soliciting friends to post dad-and-daughter photos on social media. Start digging through your photos now and join the campaign using the hashtags #DadsforEquality and #RatifyERA. 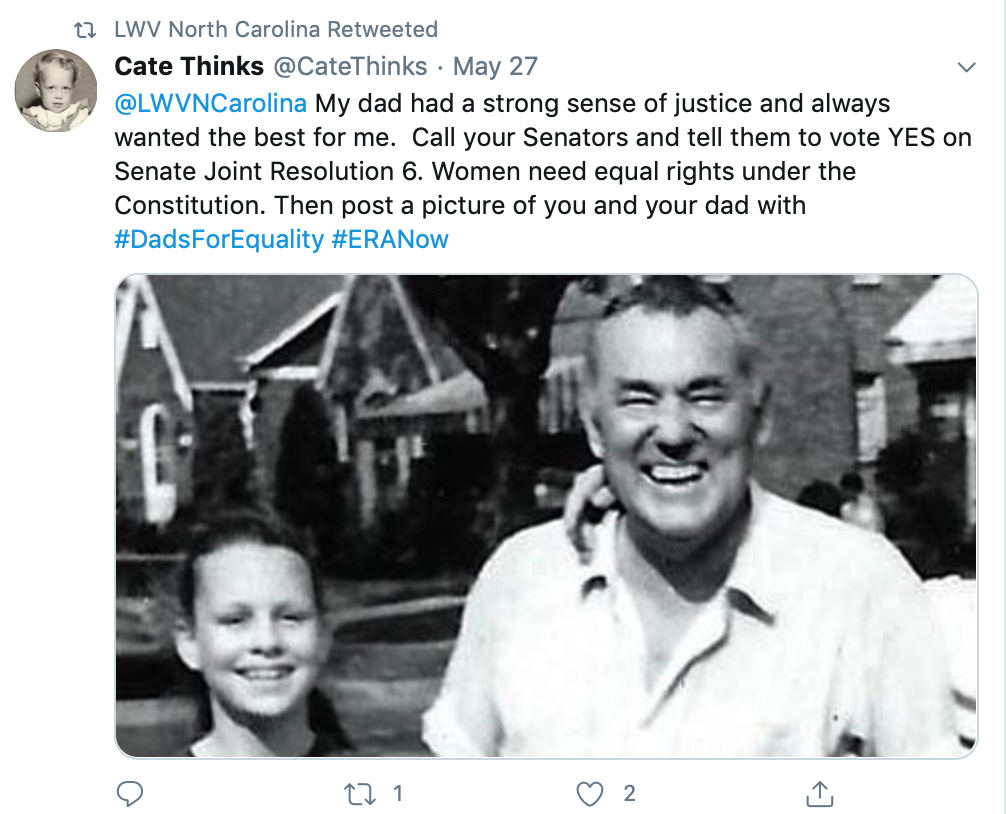 WE SAY WE BELIEVE IN EQUALITY…

... And we must prove it and live it. Whether discrimination is based on gender, race, religion, or ethnicity, it’s up to us as citizens of the United States to put into action the ideals to which we lay claim. 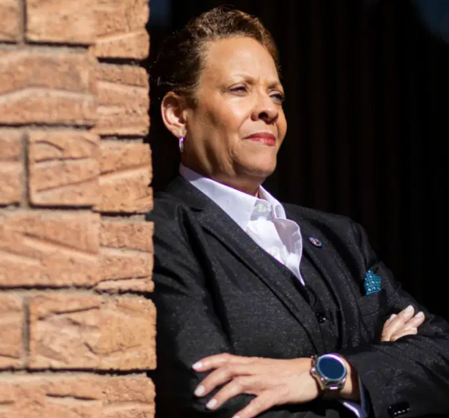 Nevada State Sen. Pat Spearman, whose impassioned speech persuaded Nevada to ratify the ERA, has a wonderful way of speaking about opponents of equality. Spearman is sure that champions of fairness will win over naysayers because "there’s not enough bad in them and ain’t enough quit in us.” 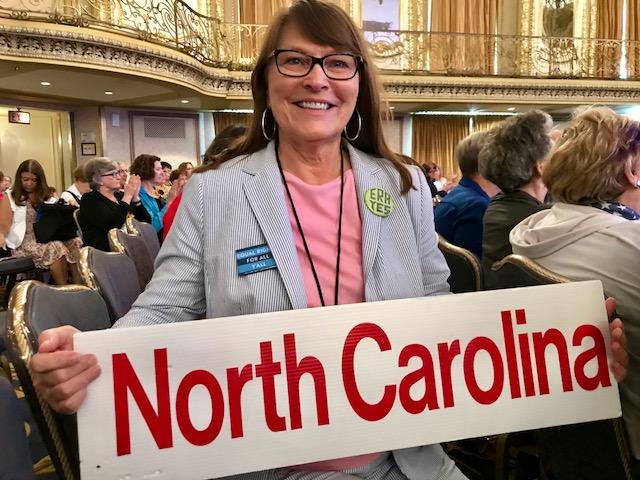 Support the work of these ERA Champions: 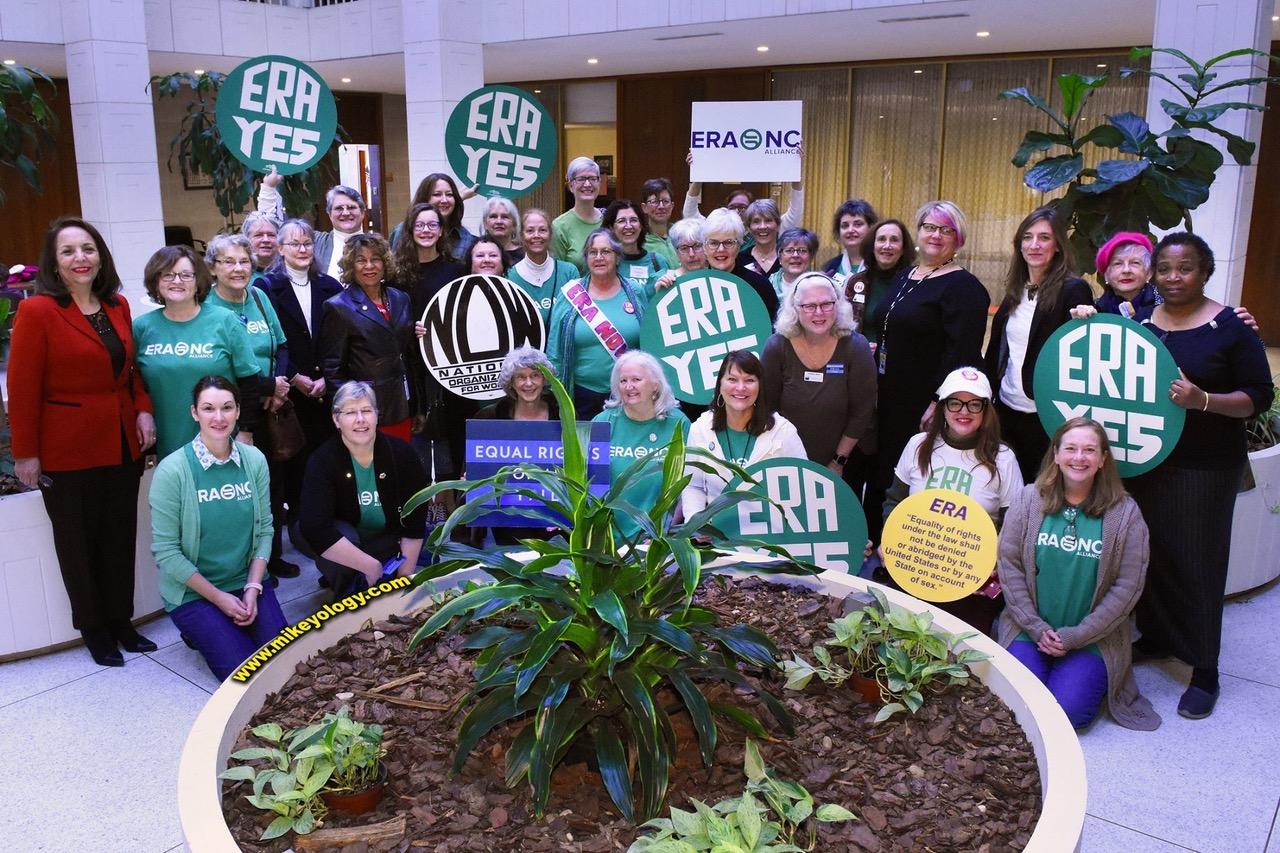 All Posts Related to this Committee

Submitted by North Carolina in June 2020.

A message from our ERA League Action Team: