Sign-up to help! Democracy depends on voters having a voice in the electoral process. Gerrymandering suppresses that voice. Together, let's End Gerrymandering!

Together We Will Have Fair Maps in Virginia

Up the task! Virginians are standing up for fair maps! 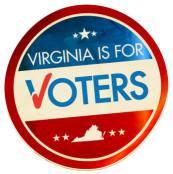 Today, in Virginia, representatives are picking their voters. They are literally drawing the electoral maps and choosing who their voters are. But shouldn't voters pick their representatives? OneVirginia2021 and League of Women Voters believe so!

Our partner in action, OneVirginia2021, has a great list of way to learn about gerrymandering and redistricting reform as well as ways to get involved:

Need to SEE why we're taking action? Check out the maps! 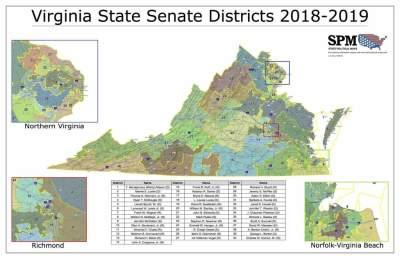 Learn more about One Virginia 2021!

Watch the documentary NOW - click this link or watch below!

Here's the position on Redistricting Reform:

The League of Women Voters believes responsibility for redistricting preferably should be vested in an independent special commission, with membership that reflects the diversity of the unit of government, including citizens at large, representatives of public interest groups, and members of minority groups.

Every redistricting process should include:

The standards on which a redistricting plan is based, and on which any plan should be judged, must:

League of Women Voters members and advocates work tirelessly to bring electoral reform! Check out our work at the national level!

To get a deeper understanding about what we believe in and advocate for, check out our Impact on Issues booklet; it contains years and hundreds of thousands of volunteers hours researching and debating issues all across America. The end result: thoughtful, strong and balanced positions and principles that represent the people's will.